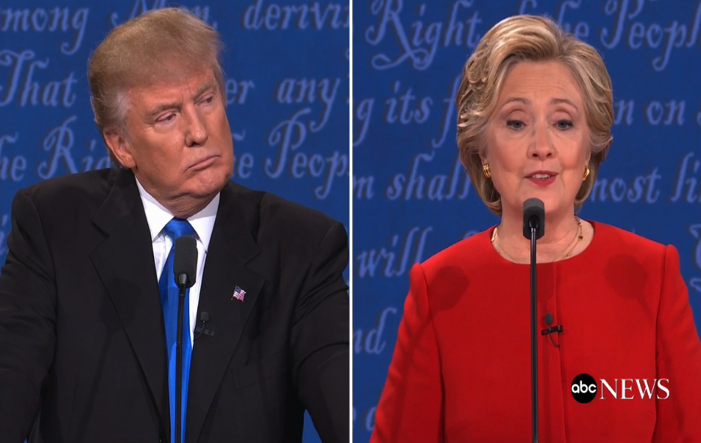 The competitors for the White House have faced off in what could have been the most-watched presidential debate in US history.

A record 100 million people were expected to watch the first debate between Republican Donald Trump and Democrat Hillary Clinton, televised from in New York.

The stakes were high as the candidates headed into the debate tied in most national polls ahead of the November 8 election.

The first topic discussed was job creation, with the candidates being asked how they would make American manufacturers bring back production to the US.

The debate heated up as the rivals discussed the NAFTA trade deal.

Off topic while still debating under the banner “Achieving Prosperity”, Trump mocked Clinton for spelling out on her website how she would fight ISIL.

“At least I have a plan,” Clinton countered.

The candidates also hit out at each other over issues that have plagued their campaigns: for Trump, his refusal to release his tax returns, and for Clinton, controversy over the use of a private email server during her time as secretary of state.

Trump said as soon as Clinton releases 30,000 emails, “I will release my tax returns”.