Wednesday, January 11, 2017
By: Vicky Mochama
Doctoral student offering free help to black woman applying to graduate school in a bid to change the balance of power. 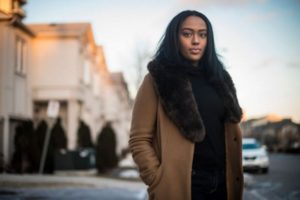 Hudan Hassan said her effort to help black woman applying to graduate school is one way of paying back all the help she’s received along the way. EDUARDO LIMA / METRO

Hassan, a PhD student at the University of Toronto, is offering free help to black women who are applying to graduate school and she’s been overwhelmed by the response.

Her offer went out via Twitter on Jan. 4, has been shared more than 2,500 times and led to 80 formal requests (and counting).

Four other female academics, including two black women, have now stepped up to help with the backlog. They’ll be reviewing the personal statements that applicants submit in a bid to make sure everyone’s putting their absolute best face forward.
“There’s an issue of diversity in academia and there’s definitely an issue of seeing black folk in academia,” Hassan said, “I don’t think that’s a commentary on black folks. That’s a commentary on the academy.”

Twenty-four percent of visible minorities have a PhD but are not equally represented on the teaching staff at universities. A 2012 study by the Canadian Ethnic Studies Association concluded they were underrepresented at 14 out of 17 major universities.