Foreign minister says ‘problem can’t be solved with embargoes and sanctions’ after holding talks in Qatar and Kuwait. 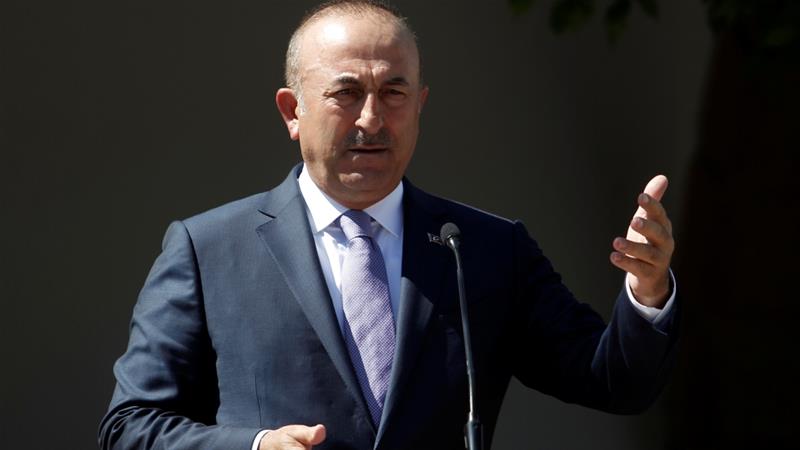 As the rift between Qatar and the Saudi-led bloc enters its second week, Mevlut Cavusoglu, Turkey’s foreign minister, has said that Qatari authorities does not want the diplomatic crisis to continue.

While saying an eagerness to resolve the crisis was seen in meetings with Qatari officials, Cavusoglu said Qatari officials are seeking proof of the accusations levelled against their country.

“We share our views to resolve this problem and remain impartial, but we say what is wrong without hesitation,” he said on his return to Ankara from Kuwait on Thursday.

Qatar, US sign $12bn deal for fighter jets
“What is the problem, what are the accusations and what are the evidence? We must lay these out in order to solve this problem,” he said.

“This problem can’t be solved with embargoes and sanctions that go too far.

“We need to solve this problem as soon as possible by going through a process of easing the crisis without further escalating tensions.”

Cavusoglu was expected to visit Saudi Arabia on Friday and share Turkey’s “sincere views” on the crisis during a meeting with Saudi officials.

Qatar is facing an economic and diplomatic boycott by Saudi Arabia and its regional allies.

They accuse Qatar of “funding terrorism”, fomenting regional unrest and cosying up to their enemy Iran, all of which Qatar denies.

In response to an accusation that Qatar stands by Iran, Cavusoglu said these allegations were untrue, adding that no country in the region opposed Iran’s practices as firmly as Qatar, Turkey and Saudi Arabia.

Cavusoglu said Qatar stood beside the Gulf Cooperation Council (GCC) in Yemen, and also stood by Saudi Arabia when its embassy was attacked in Tehran last year.

He said Turkey too does not view the Muslim Brotherhood and Hamas as terrorist organisations.

Speaking on Qatar’s $12bn deal with the US to buy F-15 fighter jets, Cavusoglu said “just like other country, like Saudi Arabia, the UAE, Egypt … it is natural for Qatar to buy airplanes or parts necessary for its own defence”.

The Saudi-led blockade imposed against Qatar raised fears of a food crisis in Qatar, as most of its supplies come from Saudi Arabia and the UAE.

But the shortages have eased with Turkey and Iran shipping in meat, fruit and vegetables.