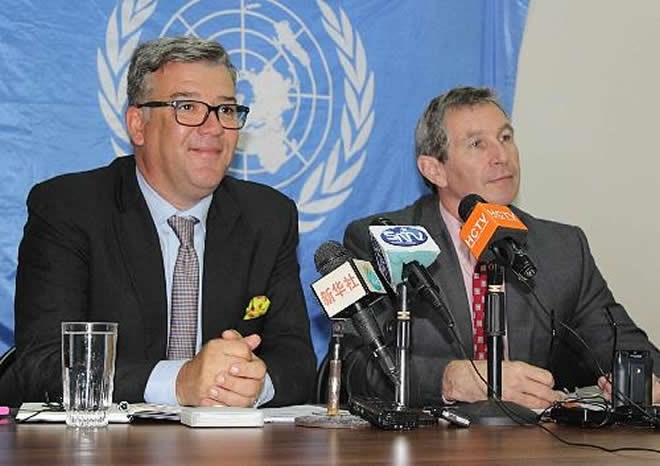 Mogadishu (HOL) – The Somali government has asked the UN to remove the head of the Food and Agriculture Organization (FAO) in Somalia for “gross unprofessionalism” according to a senior government official.

Richard Trenchard has reportedly been labelled ‘persona non grata’ by the government and was told yesterday that he had 72 hours to leave the country.

A source told Hiiraan Online that among the grievances the government has with Mr. Trenchard is his refusal to relocate the FAO decentralized country office from Nairobi to Mogadishu.

The Minister of Planning, Investment and Economic Development, Gamal Hassan confirmed this with HOL, but added that it wasn’t the main reason why the government has asked for his expulsion.

“It wasn’t only about the FAO relocation from Nairobi but also his conduct, lack of proper plan and strategy”.

FAO is a UN agency that is designed to combat hunger by helping developing countries to improve agriculture and livestock output and achieve food security.

The call for dismissal comes on the heels of a UN report that said 3.2 million people – or one third of the Somali population, are now on a “hunger knife-edge.”
The FAO had said that 6.7 million people face acute hunger as famine continues to stalk Somalia.