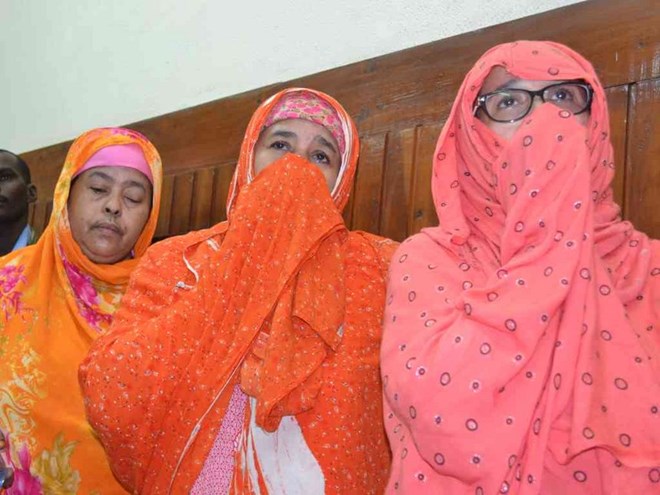 The trial of three woman arrested for harbouring terrorists did not begin on Wednesday, as one who is deaf said she could not understand sign language.

The three were apprehended after the attempted attack at Mombasa Central police station during which a petrol bomb was hurled, an officer stabbed and three terrorists killed.

Naima Mohammed, Saida Ali and Shukri Ali appeared in court on Tuesday but did not plead to charges of housing terrorists as they had difficulties communicating.

The office of the DPP said a Somali translator and a sign language interpreter would be provided.

Shukri could not communicate on Wednesday prompting the prosecution to request the court to allow her to undergo a medical examination.

Mohammed is the only one who can communicate effectively as Saida is partially deaf.

State counsel Alexandar Muteti said they will undergo psychiatric examinations at Coast Provincial General Hospital before they can stand trial for charges of harbouring the terrorists in Kibokoni.

The women dressed in hijabs walked into the station under the pretext of reporting the theft of a phone.

Police found a suicide vest on one of them.

The case will be mentioned on September 21.